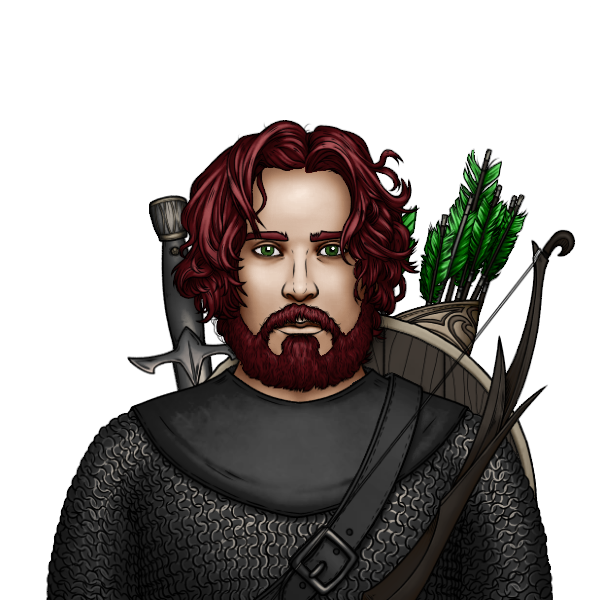 Rumor has it that near on a score of years past, a woman mated with a werewolf in the woods west of Eastdale, and the man known as Bern o' the Wild is the result of their mad, frenzied coupling. His friends, if he had any, would say it was the source of his freakish strength. His enemies say it’s why no one likes him. Bern says it’s mutual and stays in the woods most of the time. He sometimes offers to guide travelers in the area in exchange for an equal share in whatever treasure they recover. That way he doesn’t have to go into town to sell anything he might find himself.

He has lately been traveling with the Butchers of Helix.

As a orphaned child, Bern was left on the front porch of a mason in Eastdale. No one was quite sure exactly how long he had been living in the woods at that point, but he could walk and growl. Taken into human care, he learned to speak common (reluctantly), and not to attack anyone who showed their teeth in a smile. The trade of a mason did not sit well with him, though the simplicity and strength required were a good match for the quality of his soul.

When one of the local girls turned down his offer to mate, calling him “more beast than man”, he took the rejection to heart and fled civilization. In fairness, leaving her gifts of bloodied animal corpses on her family’s doorstep for a month was perhaps the wrong approach. One day, he hopes to find a woman who will accept him for who he is, and come to the woods to live in a tiny stone cabin built with his own hands to raise little quarter-werewolves together.