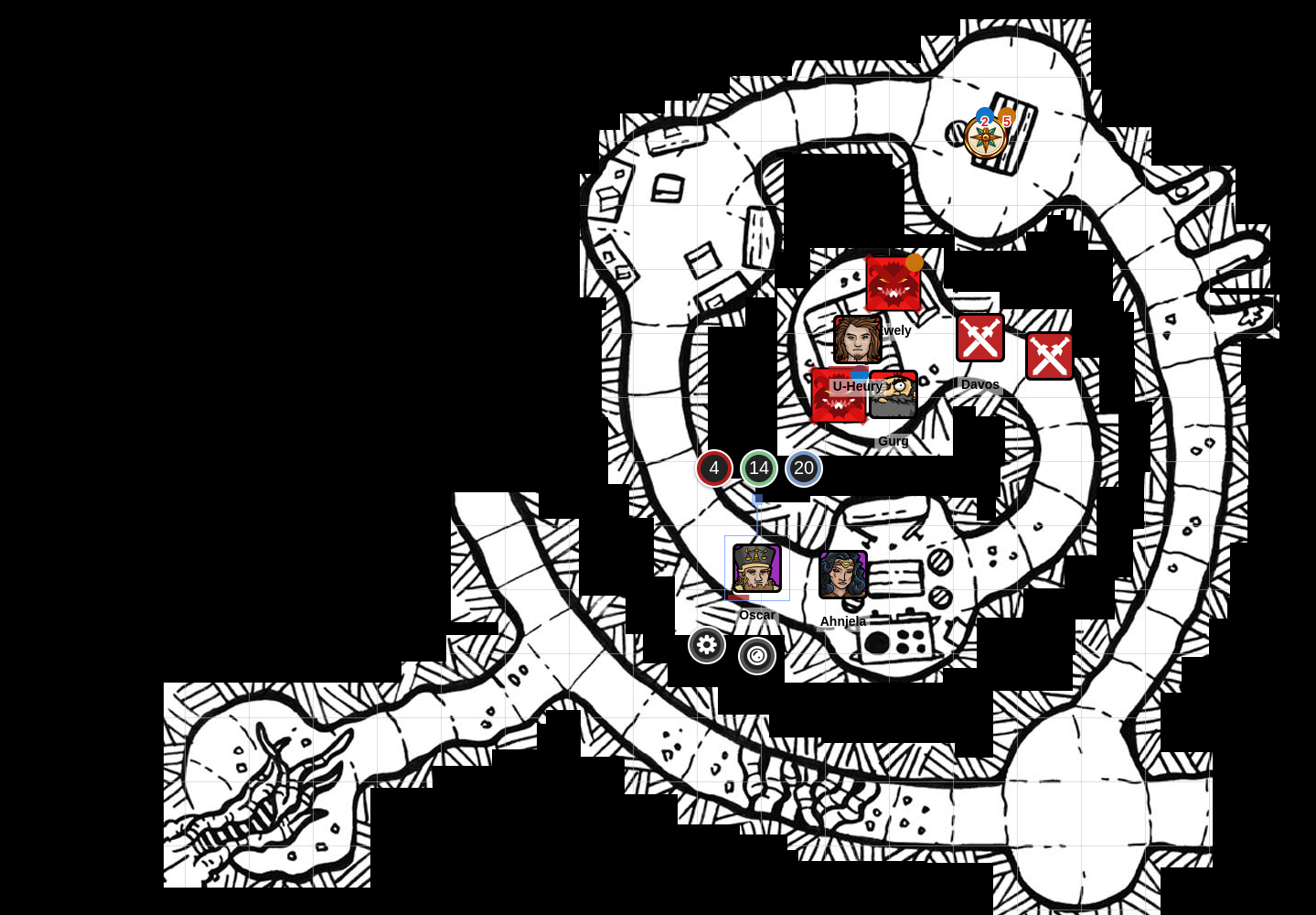 My lady of liabilities and legalities continues to watch over me, despite my unfortunate blunder in the matter of the theft of her holy symbol.

I was filling out the proper form for such a thing while making idle chatter with the odd sheep-man Ramius. He was offering everyone tea And crumpets, so very hospitable. Gurg the dwarf accepted, as did Davos the mercenary. I turned it down, not wanting to stain the holy form. u-Heury had wondered off deeper into the roots. I had lost track of where OhYeah was and one of the guards from the caravan, Dalmanes, had joined us.

I heard a latter from the kitchen where u-Heury had run off too. Just as I looked up, Gurg and Davos were eyeing their tea. Gurg, a doughty dwarf, rasped out “what did you put in this tea?” I took in the telltale signs of a man fighting off a potent sleeping drought on his face, and Davos as well.

I stood and drew my mace to smite the treacherous muttonhead, but even as I did he cast some sort of spell on his chairs. The wooden furniture animated, while Ramius fled, bleating frantically. I sent Ahnjela in pursuit, fearing for u-Heury’s safety. Surprised by the furniture, Gurg and I took several swings to little effect, though I connected solidly once. Davos smashed the first chair almost immediately, and I sent him after Ahnjela, think Gurg and I could handle one chair. Eventually we did.

We found Ahnjela and Davos facing a line of sheep skulls floating in the air. Davos had already smashed one but Ahnjela was not looking well. Gurg and I relieved her on the front line with Davos, and quickly finished the skulls off, though Davos took wounds in the process. I handed Davos my sling and instructed him to protect Ahnjela and be missile support for Gurg and I. Forward!

We charged into the next room to find a horrifying scene. Ramius and his two ewes stood over u-Heury, tied to the bed and drugged senseless. Gurg and I charged forward even as the ewes struck at u-Heury. Our helpless companion took wounds, crying out, and beginning to wake, but at least he was alive!

It was a close thing. The two ewes fell. Gurg landed a dramatic blow on Ramius and the traitor gulped down a potion that turned him invisible. Dalmanes, the caravan guard, sprayed wine everywhere in a vain attempt to detect Ramius when he went by. It worked, but no one could connect. I tossed a rope to Ahnjela and rigged a trap across the corridor further down, hoping to reveal the creature on its way out. Again, it worked but our strikes were in vain. Ramius, the master-ram, escaped.

On the plus side, we found over 500gp in their chest, along with quite a lot of questionable meat, and a spell book of some kind. (I wonder how the meat is preserved and whether the chest itself is magical). The rams also had quite a pleasant little hidey hole here, well furnished. And we have a merchant caravan with wagons above. We should be able to cart off some of their possessions, or at the least, come back for them later with a horse and cart of our own.