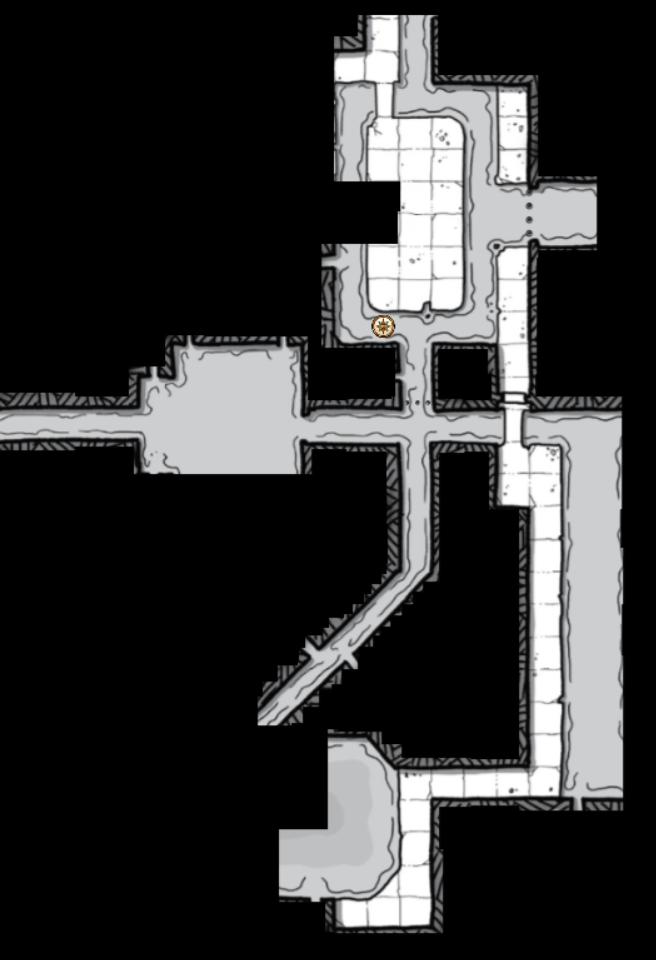 We collected our gear from the wagon and headed back towards the cellar, stopping on the way to chat with a weaponsmith. I had him mount the two dragon scales that were Frederick’s legacy to a warhammer, which I will carry in his name. The smith swears the scales will have no effect on the hammer’s actual function, but I am not so sure. Surely a blow from a dragon’s scales is more potent than one without such materials! Tis a pity Frederick could not have slain the dragons rather than merely driving them off.

We continued on to the ruined celler, meeting up with our native guide as we had arranged. The passage led into the sewers, as I should have expected. We set up a rope ladder and built two makeshift rafts so wading in the sewage would not be necessary. At least not on purpose. Swimming with the crocodiles is a real risk, because there definitely were crocodiles. Stria distracted the closest one with a ration. And somehow kept the kid calm. Luckily we found walkable platforms further in, along with a door, behind which were rats, because of course there are rats in the sewers. I got swarmed, and was so disgusted it took me three tries and an assist from a torch to get them off. Note to self: rats are afraid of open flame. Next time we hear rats, light torches for everyone.

Behind that door we met mysterious voices who refused to identify themselves. They wanted to negotiate a gift of passage, but seemed disturbingly willing to take the kid as payment. I don’t think any of us were inclined to let that happen (even if Stria was tempted), but playing along might let us surprise them.