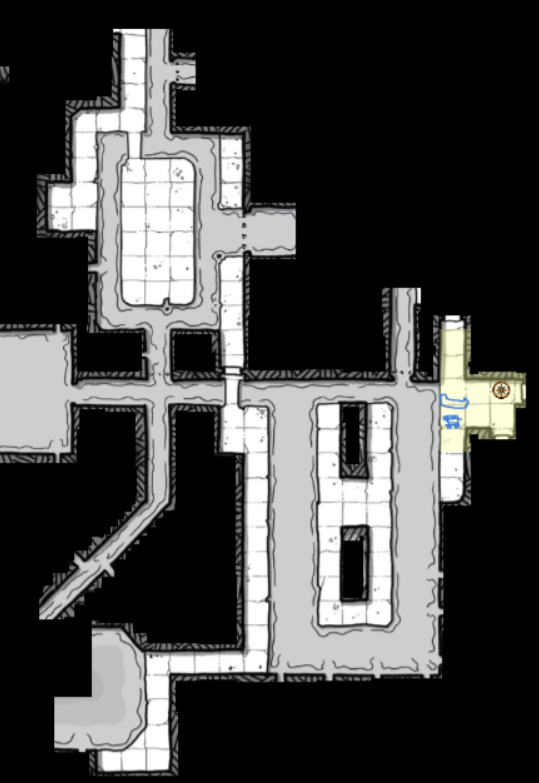 Of course, as soon as we opened the east door, we were attacked by giant rats driven by a (presumed) wererat with a set of pipes. We fought them off at the cost of all but one of the hirelings; I was out of spells, the two new folks from the Gray Company were badly hurt, and there were more rats on the other side of the door and a wererat we hadn’t even seen yet. Going to mark this one up as a failure; too wounded to continue with a reasonable chance of success. Why Stria and u-Huery ditched me in this sewer I have no idea, but their replacements lack a lot in the toughness department and numbers just aren’t helping. That said, we did clear out quite a few rats. Attrition will have an effect on the enemy too.

We took a brief rest at the Druid and Whale to figure out what to do.