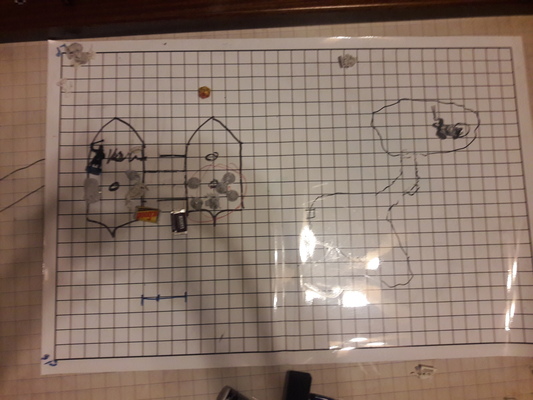 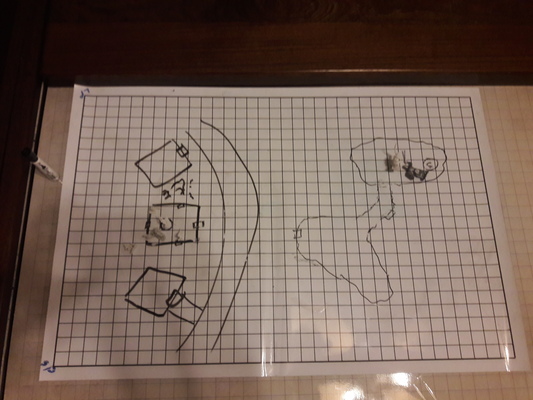 As we left the party, they were lost in a very realistic dream about a child kidnapped by a giant rat. Tiberium awoke from the dream in a cold sweat, feeling that the lessons he had learned in that dream were solid and real. Perhaps it was a hint from his god. He hurried downstairs from his room at the Peg Leg Inn, knowing he would need to get an early start to catch the ship that was supposed to take him to Restenford. Pyrcival had gone on ahead to make arrangements. He took a seat and ordered breakfast.

At another table, two enterprising young folks looking like adventurers just starting out – still shiny – were sharing a table with a somewhat older and more worn-in woman in leather armor. Tiberium managed to catch their names from the casual conversation: Sydney, a warrior, Ruby, a woman of indeterminate occupation, were talking Elena about some sort of task they had been engaged in the night prior. It sounded like something exciting; there was a fight, a goblin, even table dancing. Elena didn’t seem pleased, however. She was telling them they needed to leave town. Maybe they were couriers?

Just as Tiberium’s breakfast arrived, delivered by a strange… hobgoblin?… in a cloak and very little else, a bald man in a tattered grey robe came downstairs as well. Tiberium was sure the man had not been in the rooms upstairs the night before; paladin-candidates are trained to notice such things. But he gave every impression of having just woken up as he approached the waiter who had brought Tiberium’s breakfast and pointed south. Some sort of vigorous discussion ensued between the two of them, and it soon drew in a third participant, a half-elven woman with a pile of armor packed next to her table and a flask she slipped briefly behind the bar to fill to the brim.

Somehow, egged on by the strange bald man’s insisting pointing south, Tiberium found himself swept up with the general exodus. It seemed everyone was going to Restenford. What a strange coincidence! After a short journey south and a stop at the local inn for fish stew (a decision which may not have been entirely wise) the group bordered their ship and began their journey to Restenford.

On the second day of travel, a pirate ship pulled alongside and tried to board, using a strange variety of simian as boarding troops. They sought to board by throwing the grappling hooks and climbing across on the ropes, but quick action from group was able to block them from boarding. Sydney was thrown overboard and one point, and an invisible Barron had to drop the lifeboat to go after him. Leah’s surprisingly accurate arrow fire killed the captain and a number of the sailors on the other boat, before Barron’s Sleep spell knocked out the rest – including the one on the tiller, leading the pirate’s vessel to steer into the party’s ship and come to a halt.

With the pirate captain dead, the rest of the crew surrendered.

As the party arrived in Restenford harbor, a woman made her way toward the docks, screaming that a giant rat had abducted her child… most of the party rushed off in pursuit, leaving the captain of their vessel to deal with the release of the prisoners from the pirate ship and the ship itself. The captured cargo ended up bringing in 2,000 in gold, or so the captain claimed, and the ship was set sail under a new crew and new ownership.