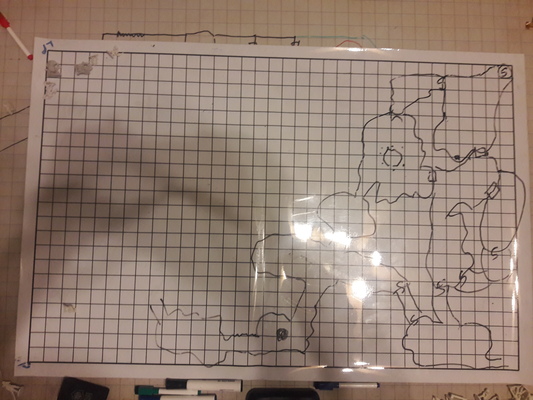 As we left the party, they had split into two groups – one at the top of Bone Hill, and the other just arriving in Restenford after a vivid dream about wererats and undead followed by a fight with pirates on the high seas. As they arrived, they were met by a woman shouting in panic about her infant son who had been abducted by a giant rat. This was something that had happened in Tiberium’s dream as well, and he felt it was similar enough to consider the possibility that the dream had been divine guidance to enable him to prepare. Instead of rushing after the woman, he convinced the party to question her a little, and invest some of their silver into coating their weapons in case of lycanthropes (as he had found hints of in his dream). Barron spent some of that time contemplating a note he had found in Thic Duc’s pocket.

A halfing druid overheard their discussions concerning the potential wererat problem and missing child at the armorer’s storefront, and offered to join up. Figuring the more the merrier when facing potential hordes of magical rats, the party agreed.

The grieving mother led them to a burned out and abandoned guardhouse on the far side of the river from the port. The building bore a very close resemblance to the building from Tiberium and Pyrcival’s dream, but not everything was exactly the same. Even so, the trapdoor down into the cave system was in the exact same place, and when they descended into the darkness, they were attacked by skeletons exactly as before. This time, the skeletons died quickly, as did the single ghoul in the room with them. With time to look around, the room was sparsely furnished with a few cheap wooden chairs and a table. All were in bad shape, mostly from age, but covered in scratches as well. There was a single chest in a small alcove, which both Tiberium and his tutor recognized from their dream as one that would turn to glass if disturbed. Gunnar promptly disturbed it, but the rest of the party stopped him before he broke anything. When opening the chest with his new thieves’ tools (a crowbar), Barron managed to open the lid but also to break the vial within, and the chest disappeared into mist as it had in the dream… except with the lid open.

Luckily, with more people in the party, other options were found: a secret door they had missed before, leading in a new direction. The party chose to follow that lead. Instead of the nest of ghouls they had expected, they found rat tracks. Lots, and lots, and lots of rat tracks. These tracks led to a room with a makeshift card table, complete with a game of cards (stakes were only copper, totaling approximately 2gp). Beyond that room was a four way intersection in the underground cavern.

With Gunnar in the lead, the party made its way into the intersection before noticing that the other three exits from he intersection were filled with little beady eyes reflecting the light. Dozens of them. Most of those eyes were low to the ground, indicating rats of the usual size, but a few were unusual in their size indeed…

In the end, though, the size of the rats mattered less than how well the party wielded their weapons. Gunnar and Tiberium made short work of the rats, with Leah cleaning up from the back with her bow, and Pyro chasing down a snack or two. Among the debris and detritus of the rat’s lair, the party found a broach that might once have been well made – but in dire need of cleaning.

The passages to the left and right appeared to be dead ends. Straight ahead, however, was another passage. This one narrowed significantly, requiring humans to stoop carefully. Gunnar led the way despite his size, with Tiberium behind, and then Leah. When the group reached a wider point, they were confronted by a group of five wererats, in their bizarre half-human, half-rat guise. And, at the back, a baby, alive and squirming. Thank Pelor, Tiberium thought, The child is safe.

Both the party and the wererats had their weapons out, but neither was quite ready to attack. Paladins are intimidating. Or maybe it was Gunnar, standing in front, looking like the hole in his head had already killed him once…

Anyways, halfhearted negotiations took place, with Barron taking the lead position for the party from the far end of the entrance corridor. He wanted the baby; the wererats wanted to leave alive. They needed the baby for a sacrifice at Bone Hill, apparently. It would be trouble to get another so late. How much trouble? Oh, a few hundred gold worth of troublke… The paladin tried to protest that the evil could not be allowed to escape, and Barron shushed him by demanding proof of life for the baby. Perhaps he couldn’t see the poor thing wiggling and squirming in the wererat’s arms.

The wererat with the baby solved the problem by biting a chunk from the child’s leg and flinging the bloody bit of flesh at Gunnar. “Proofs! Lifes!” the hairy lycanthrope lisped while the baby wailed. Trapped behind Gunnar, Tibierum fumed impotently. “Pay the rat!”, Barron told Leah, and she stepped forward with her bow drawn, ready to pay in bloody coin and silver arrows… all hell broke loose as Gunnar and Tiberium attacked as well.

The first rat fell to Leah’s arrows. “They have silversss!” the dying creature screamed. Gunnar and Tiberium tried to advance, but the wererats kept them pinned in the corridor, trading blow for blow. Gunnar’s armor and shield deflected attack after attack, his silver axe slicing into the wererats. Finally he pushed forward enough to let Tiberium stand beside him, and the two men, paladin and tragically wounded warrior, faced evil side by side.

Behind them, Leah drew her bow and took aim. The two rats in the back were slinging stones at the warriors, and the baby was back there. They might run and try to escape. She couldn’t let that happen. The baby had to be saved. Her eyes narrowed; a mystic red dot appeared on the forehead of the rat nearest the baby. A perfect shot. Yes. Lined up exactly to protect the baby. Such a cute smile. Such rosey cheeks, bright red in the dark cave. A smooth release would keep the baby safe…

Her arrow flew true, and impaled the baby right in the diaper. Vlad Tepes would have been envious. The wailing redoubled as Leah nearly dropped her bow in shock. She had been trying to protect the baby… hadn’t she? Were there hidden depths to her feelings about babies that were yet unexplored? Those answers would have to be sought later, with the help of a flask of strong liquor and a sympathetic furry companion. For now, the ranger wiped her nose, dried her eyes, and told herself to soldier on. At least the baby was still crying, miraculously, after being nibbled on by a wererat and shot with an arrow from Leah’s deadly bow.

Tiberium and Gunnar finished off the wererats in short order, their silver weapons making the difference between a drawn out battle and a short, violent slaughter.

Pyrcival carried the baby outside through a small tunnel (sized so only a gnome or a wererat could easily fit through), and met with Amathar outside. Amathar took the baby to the nearby temple for medical care and to reunite the poor child with its mother.

Barron searched their lair for loot and clues, definitely in that order, and turned up a dagger (inscribed with Giantslayer on the blade), an odd buckle, close to a thousand electrum coins, and no clues. Perhaps he didn’t bother to look for clues.

With the baby rescued, the party explored the other passageways, some of which were familiar from the dream Tiberium and Pyrcival had shared. They found and destroyed a nest of ghouls, and one remaining wererat who had apparently slipped into a secret passage to escape an earlier battle. By the time they returned to the entry room, after waiting for party members to recover from ghoul paralysis, the chest had rematerialized from mist. It proved to contain a broken vial of some kind, an unbroken green vial, and loose coin.

The party returned to Restenford to consider their next move, the word of a sacrifice at Bone Hill fresh on their minds… 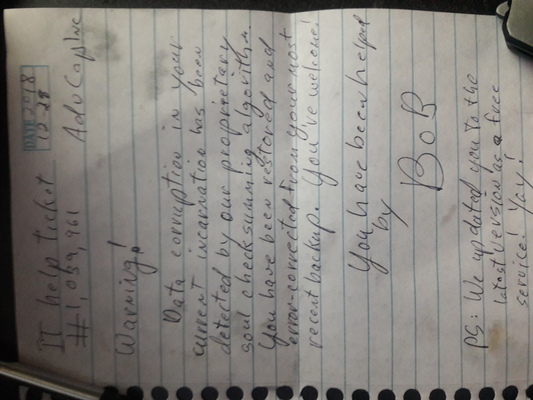