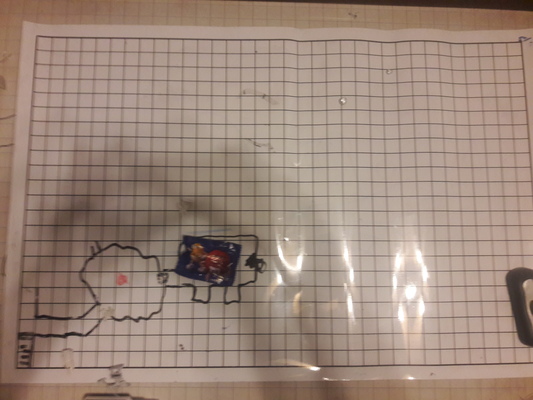 As we left the party, they were still split into two groups – one at the top of Bone Hill, and the other having just rescued (well, mostly) a kidnapped baby from a nest of wererats the night before. We begin with the Band of Heroes. Tiberium and Pyrzival found a local temple of Pelor and inquired about local legends concerning Bone Hill, wererats, and possible human sacrifices. The young priest minding the temple there was unable to help them with anything specific, beyond a lecture on the undead that he probably still had memorized from passing his seminary exams. He was able to get them 3 vials of holy water each.

Meanwhile, Barron (followed invisibly by Amathar and visibly by Gunnar) went to the local keep to ask the falconer there about buying a falcon. After bribing his way past the guard at the gate and the butler at the main house, Barron was introduced to the falconer by claiming to have an appointment. After eyeing the oddly dressed hobgoblin carefully, he was escorted to the rooftop mews. Warin, who had gone with him, instead chose to spend his time gardening with an unusually well-dressed lady gardener. (Nothing came of their interactions save bad puns).

Negotiations initially went well, but rapidly went downhill when the falconer refused to sell his lord’s favored bird. Barron inquired about the others, and could perhaps have come to a deal, had he not tried to seduce the falconer, then insulted the lord by suggesting he preferred the stableboy to his wife. He also mentioned something about a wererat in the resulting argument… Barron was arrested (only putting up mild resistance) and escorted down to the audience hall, where a poor seamstress was pleading her case. Apparently, a group of adventurers had gone in search of her kidnapped daughter, but returned a wererat instead…

Amathar had lingered in the room, invisibly, amusing himself by listening to the arguments, but when Barron entered the room in custody things became more serious. Barron invoked the spirit of his “ghost lawyer” to defend himself from the charges of improperly rescuing a baby, or perhaps returning a changling, or infecting it with lycanthropy. Amathar made his (visible) entrance and took up the case, arguing that the woman’s charges were incoherant and without merit due to her grief, that any harm to her child had come at the teeth of wererats rather than the hands of his client, and most importantly, where was her child now? At home with her older daughter to watch her while she pled her case to the lord, the woman replied. “Then, if your words are true and your infant has become a wererat, your remaining daughter is in horrible danger right now! She could be bitten already!”

The lord agreed there was an immediate risk, and summoned his bodyguards and arms to tend to the matter personally. But when they arrived at the woman’s house, it was empty, with wererat tracks outside the door and signs of a struggle inside, including blood. The lord summoned his huntsman, and the wererats were tracked to the gates leading out. The party regrouped, along with the lord’s huntsman, and set up in the direction of Bone Hill. (Thic Duc checked several times that the road would eventually turn back towards the direction he felt called to him).

Though tracking was difficult on an established road, the huntsman was able to find sign of a wererat’s passage in several places along the road, presumably where they had hidden from legitimate travelers. Toward the end of the first day, the party followed a trail off the road, believing their quarry had finally gone to ground. Instead, they found a mostly empty village; the only remaining inhabitants were gnoll pups, playing happily without their parents. The party left without disturbing them further, though some of them perhaps wondered what would become of the children left to fend for themselves.

Traveling onwards to the foot of Bone Hill, Thic Duc noted that his direction sense pointed up the hill, and Barron led the group to the camp used previously by the Band of Misfits. It was no longer occupied, and reeked of evil and demonic influence to Tiberium’s sensitive nose. A few hours passed while the group rested and studied spells. As dawn broke, the Band of Heroes followed the path up the side of the hill, towards the ruined temple of Bone Hill.

Meanwhile, the Band of Misfits had not been idle. They had conducted further experiments with the hammer-throwing statue, eventually determining that the thrown hammer itself was an illusion – with that kept firmly in mind, they remained unharmed and were able to explore the rest of the chamber safely. There was little else of note in the room itself save for a chalice at the foot of the statue and a staircase leading further down. The chalice had writing on the inside, a brief message in the language of giants about “the water that is not rain”. Briefly, the group experimented with pouring various liquids into it (including alchemical samples from the wizard’s laboratory above, blood, and water from a waterskin). Anything other than water seemed to be separated out through some magical process. Before the party could decipher the puzzle, however, Warin smashed the goblet with his mace at the prompting of his Mysterious Voice and stuck it into his backpack. Apparently the Mysterious Voice does not approve of pouring water into a holey space.

After smashing the goblet seemingly made further investigation pointless, the group explored the next level down. The staircase down led to a series of natural caves that had clearly been improved upon by civilized hands where needed. The first room was empty, with a door and a small passage as exits. Norsk checked the small passage and saw movement, warning the group while they examined the other passage.

The door led to another chamber with a status in the center, this one much cruder and less artistic than the one above. It also lacked ornamentation; no weapons, armor, or chalices. However, when the party entered the room, the statue began to move no matter how hard the party tried to disbelieve it. Norsk took the lead and attacked with his sword, knocking off a few stone chips, but not doing much damage. Warin had better luck with his hammer, leaving a large and visible mark, as did Thic Duc’s crossbow bolt. However, the statue’s large fists quickly put the group’s lives at risk in return, so they retreated out of reach. The statue returned to the center of the room after making a rude gesture in their general direction.

At the rear of the party, something was oozing out of the passage. It was grey, and resembled a mobile giant-sized serving of pudding. Norsk, who was moving back and forth between the two rooms, delayed the thing by shattering his chemical vials in front of the creature. It retreated from the puddles rather than come closer while Barron and the others attacked. Their attacks revealed a strange wooden staff within the creature, which they eventually managed to grab while separating the pudding into smaller servings.

As the group finished off their pudding and retreated, temporarily, from the animated statue, they heard noises from behind them; not pudding noises, but the sound of heavy boots tromping down a staircase, and the jingle of armor..

Meanwhile, Tiberium, Pyrcival, and friends concluded their period of rest at the foot of Bone Hill and decided to follow Thic Duc’s directional sense. The bluish monk led them through a forest, following (roughly) a path that had seen better days and might once have been a road. As they crested the hill, the trees ended and a ruined castle came into view. Taking stock, they noted corpses both ancient and recent, some human and some bugbear, and definitely recent bloodstains. Thic Duc’s strange intuition led them through a small entry room, then all the way to the throne room, and – after some searching – through a trapdoor in the barracks. Signs of activity grew steadily more recent as they explored the level below, finally passing through a small, chilled bedroom with furniture that had been smashed to bits to reach a room with a damaged statue – and another staircase down. There were sounds of fighting from below.

The confusion was resolved as Barron handed the newly-arrived Thic Duc a note. Suddenly the reverent expression on the newer Thic Duc’s face changed to fury. “You have been corrupted,” he said with controlled fury as he attacked, “and you must be replaced.”

The fight was over quickly; the older (and perhaps wiser) Thic Duc was already wounded, and despite his greater experience fell beneath the new arrival’s fists. But before the death blow was struck, Tiberium stepped between them. “You shall not slay this man without cause,” the paladin explained. “Tell me the nature of your dispute with him.” Then he gathered the unconscious and bleeding Thic Duc into his arms and retreated to a safe distance away.

Explanations proved difficult. The note was confusing, written in a dialect of Common that used strange and unfamiliar terms. Tiberium prayed for insight, and there was a lengthy pause. A Mysterious Voice communicated with several of the party members. (It was not helpful). Finally, Tiberium laid Thic Duc down gently on the dungeon floor. “Redemption and renewal come in many forms. This one is passing strange, but it is not mine to stand in the way of this soul’s chosen path.” With those words he stepped back, allowing the newer Thic Duc to approach the one who lay unconscious on the floor.

Thic Duc approached himself, a strange but determined expression on his face. He knelt again before himself, but this time rapidly, striking with his fist into the chest of his unconscious self. A moment later his hand emerged, slick with blood and viscera, clutching a heart that still beat weakly. Thic Duc raised his own heart to his mouth, and bite by bite consumed it.

The rest of both parties were struck speechless and immobile by the horrific sight.

There wasn’t much fighting this time, but a lot of good roleplaying, and fun was had by all. Bonus experience awarded accordingly.