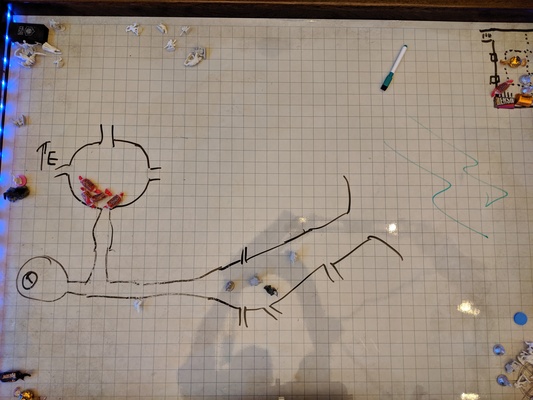 As we left the party, Barron had magically swapped places with the captured Thic Duc (“I meant to do that!”), and the party was determined to rescue him. Eventually, after they rested a bit, memorized some spells, maybe trained for a few days…