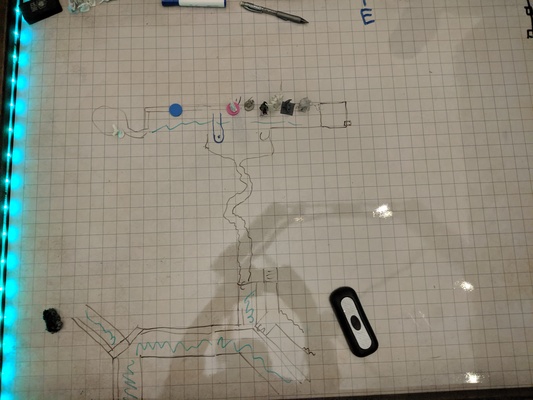 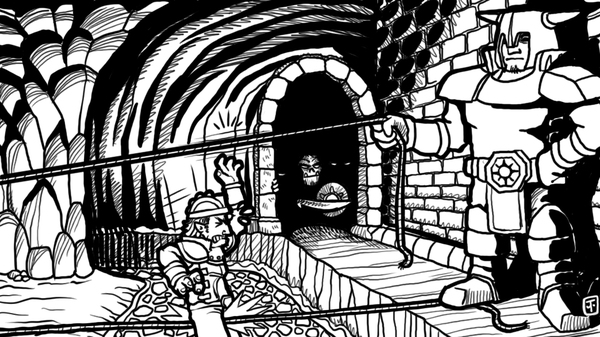 As we left the party, they were looking for a safe place and a spare moment to rest following an exhausting fight with the antaurs.

Of the Fourth Moonday of the Harvester

If we don’t find Barron, and end these slavers, soon, I may lose my mind. Though only a day underground, it feels as if I may never again feel the sun on my skin. As Thic Ducc and Warrin recovered, it was decided a short rest was needed. Pyrz and his trainee suddenly needed to get something with the cart, and offered to relieve Cyrus. He joined us, fortunate to have avoided further unpleasant encounters with the insectoids. After some brief discussion about the direction to proceed, my words were heeded, and we began back toward the acidic pool, and it’s denizens. TD opted to run around to the initial entry, and we began picking off the larvae with Leah’s bow. She was quickly immobilized, however, and I was able to move forward to press the attack. Once at the tunnel mouth, I realized that there are platforms around the edge, suitable for a man to navigate. As we fought off the larvae, I made way to the eastern passage. Unfortunately, TD slipped on the slick walls, and fell, causing some ruckus. The tunnel which he’d been crossing lit up, and three additional Insectoids attacked. I made my way to the new front, where Leah, Warrin, and I took up position on either end of the doorway. After felling one of the ant-men, I once more hoped to convince the remaining warriors we didn’t intend to be a threat. Unlike our previous attempt, an agreement was reached; they simply want us out of the hive, a demand to which we are happy to oblige.

Going back to the eastern tunnel, with it’s smooth walls and obvious intelligent construction, we began to make our way. After a fork, we finally came upon what appeared to be two dead-ends. A quick search, however, proved that couldn’t be further from the truth: There are two hidden doorways. After jamming up one, we went through the concealed door further into the enormous tunnel. After some time, we came to an abandoned camp, and a little farther along, a near-still river of muck. As a result of a prior trap we’d encountered, Amathar had already magick’d me to be some 12 ft. tall. The small river being no hurdle, I crossed to the other side, and held two ropes for others to cross. As Warrin attempted the crossing, however, orcs emerged from both ends of the corridor, took their shots, caused Warrin to lose his balance, and fall squarely onto the lower rope, in a most inconvenient landing – until he fell again, into the slow stream. I turned to look at the orc in robes, while a suddenly huge Warin ran the opposite direction, to the other pack of orcs.

With magic flowing through us, we were able to down the orcs rapidly, but not before one may have referred to Barron as ‘The Golden One’. Is the man being worshipped as a God, in only a day of captivity?!?

We shall find that answer soon. The others insist that we take another, longer, rest, as we’re no good to Barron, the ‘princess’, or anyone else if we’re dead.