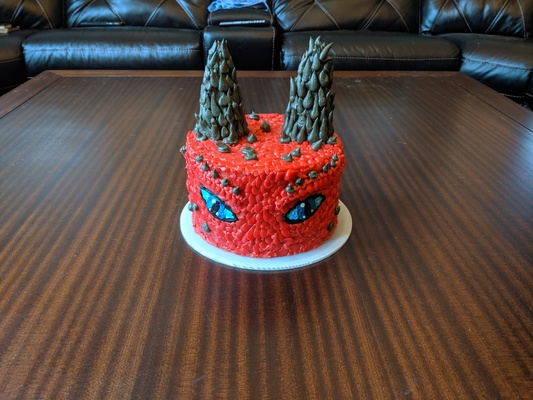 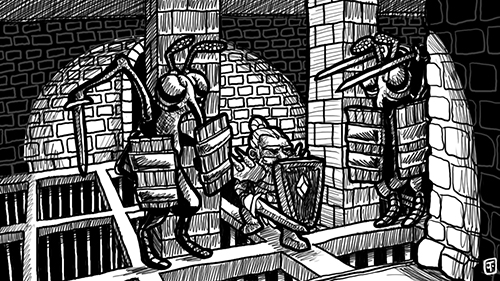 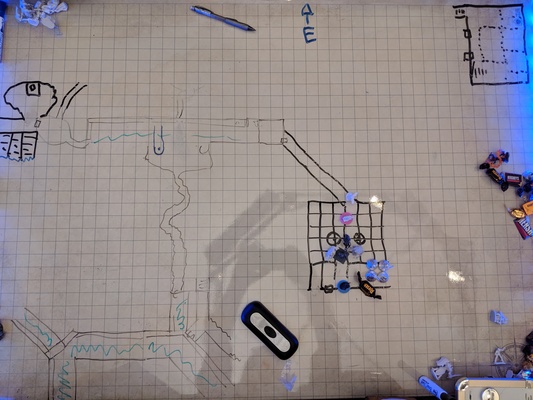 As we left the party, they were looking for a safe place and a spare moment to rest following an exhausting fight with the antaurs. Of the Fourth Moonday of the Harvester (Pt. II)

The orc witch doctor and his cronies dead, we began to rest and regroup, briefly. Out of nowhere, Cyrus began muttering and chanting, a glazed look over his eyes. He quickly snapped out of it, and looked startled. He seemed suddenly full of purpose, and only saying that heâ€™d been called, disappeared back the way weâ€™d come. Not long after, Pyrz and Ahera joined us, and indicated theyâ€™d not seen Cyrus in the tunnels. I fear the worst, but his decision to leave seemed to be coming from on-high. Such a calling canâ€™t be questioned.

Having Pyrz and his trainee meet up with the group, we discussed our next move. The explosion from the gas trap, however, had reverberated throughout the structure, and we soon heard pounding on the door weâ€™d blocked. As we waited for combat, we began to hear tools to the south, and guttural grunts from the dark. Huge, red eyes appeared to the south, and now banging on the door! Once again, pincered in this same platform! Ahera and Pyrz took up position to the south, I to the north, guarding for when the door would give. Moments later, an ogre, then two more, burst from the haze, throwing huge rocks at our rear flanks! As the party met the ogres (and a pack of orcs), the banging on the door became more rapid; I quickly understood that an ant-man now had taken to breaking through. Do they work with the orcs, somehow?! Moments later, the door did break apart, allowing the insect into the (former) gas trap. Buying time, I quickly shut and blocked the second door. Leah was still shooting at the ogres, and Iâ€™ll need her assistance!

An ogre fell, just as the second door burst apart, revealing two of the ant-men, one with a bandolier of darts. I engaged, while darts flew after Leah and I. Fortunately, between arrows and Purity, the insectoids fell. I turned back, and saw the final ogre died with his band.

Beaten and bruised, we decided to head back to the direction from which the ogres had emerged. Surely, we can find a place to rest, and regain our strength. After some exploring, we did find such a room, although it appears to be the very room the ogres slept, themselves. It smells as bad as the rest of this infernal place. We were finally able to rest and commune, each woke up refreshed. Noting the imprecise, crude tunneling, we believed it likely that the slavers (and Baron) would be in a more worked direction, so headed back to the gas room. After passing through, we came to a strange, dug out room, almost from the ceiling. Beams crisscrossed the room, with cages, should anyone fall from the beam. Perhaps some kind of gladiator games? Whatever the use, the thought of crossing these narrow planks is harrowing, especially in plate armor. Pyrzival, however, feels no such worry, and walked forward. Just as he reached a ledge on the opposite end, two ant-men, hidden on the other side of two pillars, pulled themselves up onto the beam. He backed up, and found two additional soldiers to either side, occupying the small rooms. One, he later said, is a control room, possibly for the cages below. The other was filled with slaves (and an ant-man). The party now surged forward, walking across the beams, attempting to reach Pyrz without falling. Fortunately, Leah was able to keep the threats occupied (or dead) from afar, insuring none fell into the cages below. Pyrz, Ahera, and I were able to overcome the two ant-men, saving several slaves (One poor soul was lost. Pelor protect and guide him!). The threat ended, we now consider our next steps; There are sounds from down the hall.

Diary for Pyrzival the Gnome

Well, my intern and I were guarding some packages when we heard a loud explosion in the direction the rest of the party took. We hurriedly decided the packages would be fine where they were, and rushed to investigate. When we reunited with the party, we found most of them were intact, with the possible exception of Cyrus.

The explosion must have garnered some attention, as we starting hearing noises at the north end of the corridor and the southern most door. We spiked the south door, and waited in defense as a group of Ogres and orcs burst through the corridor to the north!

A rapid relocation of resources put myself and my intern facing the ogres with an enlarged Warren, and the kid and ranger facing the door to the South, which eventually broke open and let three antaurs in. It took us a little bit but we killed the orcs and ogres, and investigated the room to the north. We rested in the ogres room (ugh, every bit as disgusting as it sounds), and in the morning, moved south.

We found an interesting room with a latticework of beams over barred slave pens. I heroically moved over the beams, where I came under attack by a pair of ant-men. I retreated to firm ground, and found myself surrounded by four of the creatures. Several blows were exchanged, leaving me sorely wounded, as the party finally started arriving. I swapped places with the kid, and Warren healed me some, so I could return to the fight. After a rough fight, the party killed the ant-men, and released some slaves they had. We have to be getting close to rescuing the half elf now!

The slaves told us they thought the Princess had come through this way, and that she was treated like a guest on a tour, not like a captive. This makes things complicated, if she and the General are in on the slavers operation. The best place for her might be married to the Duke, where he can try to keep her out of trouble. Heâ€™ll have to watch his back though!